Endomotor- A boon in Endodontics

Dentists have been forming root canals with the use of hand instruments for many years. These techniques include a collection of endodontic files used in the Step Back method to prepare the root canal.

This is a time-consuming method that has been changed now. This new method is more effective with increased possibilities due to the advancement in technology and engineering.

Dental Endo Motors are pieces of equipment that allow mechanically driven files to be utilized during the endodontic treatment. 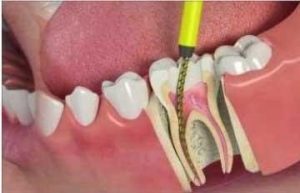 This allows the dentist to prepare the endodontic canals with improved speed and convenience. The endodontic motor is made up of a central body that controls the unit, a micro-motor, a contra-angle for various files, and sometimes a foot pedal that activates the function.

Endodontic equipment, on the other hand, is unlikely to be affected by the file system. Except for a reciprocating file system, we can use any Endomotor with any file system.

As a result, it is preferable to avoid hand instrumentation because it slows down and limits the amount of endodontic treatment that can be completed in a single day.  It is wise to switch on to an endo motor that provides steady speed and torque.

Criteria To Keep In Mind While Buying An EndoMotor:

When selecting an EndoMotor, there are a few key factors to keep in mind.

The Advantages Of Using Reciprocating Files Are:

* Prolongs the life of the rotary instrument

* Less time to shape the canals

* A lesser or equal amount of dentin crack formation is produced when compared to rotary motion.

Select a motor that allows you to alternate or reciprocate rotation if you want to employ alternating motion file systems. Alternating or reciprocating rotation is a feature found on the most modern endodontic motors. This feature is available with Woodpecker Endoradar Plus and Endoradar Pro with a range of reciprocation angles to choose from by the dentist depending on case to case.

Significance of Speed and Torque: 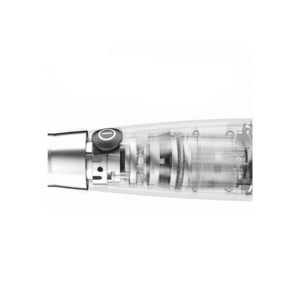 An endo motor with speed and torque control is necessary, to have full control over the instrumentation. In endodontics, the normal speed range is between 150 to 650 rpm. Faster speeds have the better cutting ability but are more likely to cause separation and fracturing of the instrument.

For the past few years, the use of slow velocity and high torque has been the agreed instrumentation type. There are numerous iatrogenic problems that develop as a result of this combination of speed and torque. For slow speeds, the new reasoning is to use low torque instrumentation approaches. However, using an optimum (correct) torque would be far superior.

Advanced endodontic motors have auto-functioning advantages that make them easier to use and lower the risk of operating error. Auto Stop, Auto Forward, and Auto Reverse are among the features included in the most recent endo motors. The auto-reverse feature shifts the rotation of the file in the opposite direction when the torque limit is reached. This helps in reducing the load on the rotary file to a great extent. When the additional weight is eliminated, the motor headpiece immediately returns to a typical forward rotation.

An endodontist can benefit greatly from the use of an endo motor. 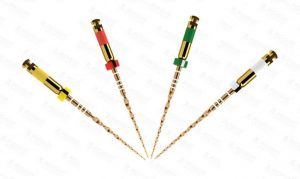 An endo motor should be sufficiently versatile to be used with various rotary file systems.

Endo motor manufacturers usually recommend using their own files, although it is not required to ignore the necessity to utilize another brand’s file system.  So, choose an endo motor that is easily compatible with all major brand file systems. In Woodpecker Endoradar Plus, more than 30 commonly used file systems are saved, to save the time of the dentist.

An advanced Endomotor is capable of using two devices simultaneously to ensure the accuracy and efficiency of treatment. Like the endo motor, Endoradar Plus from the top-selling brand Woodpecker, it comes with an integrated apex locator to use simultaneously while performing the biomechanical preparation in the canal and keep a track of the file inside the canal to avoid any unwanted procedural errors. Now the upgraded version, Endoradar Pro from Woodpecker has also won the heart of the dentists due to its extra features and benefits to the dentist.

Choosing the correct motor-driven endodontic device, will increase your productivity and enhance your practice. Unicorn Denmart provides the most up-to-date new generation of dental endo motors at a very reasonable price. It is also available online on Best Dental Deals.

LASERS in ENDODONTICS – A Synergistic Amalgamation !!!

Since the development of the Ruby Laser by Maiman in 1960 and the introduction of its application in Endodontics by Weichmann in 1971, there is a constant rise in research works in the field of endodontics, an urge to explore the implications of the different applications. Now it is well established that Lasers offer worthy advantages not only to providers but also to the beneficiaries. All the wavelengths available for the dental use has some of the other application in the field of endodontics but to be specific most commonly used dental laser for Endodontics is the Erbium and the Biolase EpicX Diode Dental Laser. This blog offers an overview of Lasers In Endodontics.

The chief objective of endodontic treatment is effective cleaning of the root canal system. But there are some limitations of the conventional endodontic therapy such as cleaning of lateral canals, some anatomical complexities, and the apical ramifications. Laser technology was introduced in endodontics with the goal of improving the results so obtained with traditional procedures by increasing cleaning ability, removing smear layer from the root canals, and also improving the decontamination of the endodontic system at the same time.

The preparation of the access cavity can be performed directly with Erbium lasers, which can ablate enamel and dentine. The laser allows for minimally invasive access into the pulp chamber owing to its affinity to tissues richest in water (pulp and carious tissue) and at the same time, allows for the decontamination and removal of bacterial debris and pulp tissue. Moreover, Erbium lasers are very useful in the removal of pulp stones and in cases of calcified canals.

Laser in Cleaning and Shaping of Root Canals

The preparation of the canals with NiTi instruments is still considered the gold standard in endodontics. However, the Erbium, Chromium: YSGG (Er, Cr: YSGG), and the Erbium: YAG (Er: YAG) lasers have received FDA approval for cleaning, shaping, and enlarging canals but still the acceptance of their effectiveness in the preparation of root canals appears to be limited at the moment. Lasers have a good capability for enlarging and shaping in a faster and improved manner compared with the traditional method. Olivi G in 2011 shared that the SEM observations demonstrate a uniformly cleaned dentinal surface with the absence of pulp tissue.

Disinfection of the Endodontic System

When the laser-assisted canal decontamination is performed with Near-Infrared Laser (Diode – 810nm, 940nm or 980nm), it requires the preparation of canals in the traditional way (apical preparation with ISO 25/30) because this wavelength has no affinity for hard tissue and therefore they have no use in preparing or shaping the canals. The irradiation is done at the end of the traditional endodontic preparation as a final means of disinfecting the endodontic system before obturation. Literature states that they bring about a more or less absolute reduction of the bacterial load (99.9 % of E. faecalis) from the root canals.

When the Mid Infrared Laser (Erbium – 2780nm or 2940nm) is only used for laser-assisted canal decontamination, the canals need to be prepared in the traditional way (apical preparation with ISO 25/30). The thermal energy so created by these lasers is absorbed on the tooth surface exhibiting the highest bactericidal effect on E. coli (Gram-negative bacteria), and E. faecalis (Gram-positive bacteria). Erbium lasers have been shown to remove bacterial biofilm from the apical third having numerous bacterial species (e.g. A. naeslundii, E. faecalis, L. casei, P. acnes, F. nucleatum, P. gingivalis or P. nigrescens etc).

The ability of lasers to activate the irrigating liquid inside the root canal to increase its action was first published by George. The photomicrographic studies suggest that the laser generates a movement of fluids at high speed through a cavitation effect. The expansion and successive implosion of irrigants generate a secondary cavitation effect on the intra-canal fluids. Some researchers stated that it is sufficient to keep the laser tip in the middle third some 4-5mm away from the apex and not necessarily reach the apex and negotiate radicular curves. With high-level magnification, the collagen structure of the root dentine seems to remain intact, supporting the hypothesis of a minimally invasive endodontic treatment with lasers.

Having known about the uses and advantages of lasers in every step of endodontic therapy, it can be said that lasers are recommended for all endodontic treatments but it is most valuable in the following clinical situations:

When used efficaciously and ethically, lasers have proved to be an essential tool in endodontic treatments. With the development of thinner, more flexible, and durable laser tips, laser applications in endodontics have increased and will keep on increasing.

With the advent of Lasers, complex procedures have become easier and more time-saving. Also, the ability to care for patients has been improvised to a much greater extent. Thus, Lasers when employed for Endodontics provides an array of synergistic outcomes beneficial for both clinicians and patients.

Has persuaded her Diploma in Laser Dentistry from the USA. Currently, she is an Assistant Professor in the Department of Conservative Dentistry and Endodontics at Chhattisgarh Dental College and Research Institute. Speaker and Hands-On Trainer for Various Soft tissue and Hard tissue Lasers module at Divas in Laser. She has been a co-mentor and co-guide for various short courses, fellowship modules, workshops, skill training sessions, and live demonstrations at various places for Lasers in Dentistry and Endodontics in India. Speaker at various platforms for Webinars and Whatsappinars. She is an Editorial Board Member for the World Journal of Advanced Scientific Research. She is on the Board of Dentistry from India at GOMHA (Global Outreach Medical and Health Association). A freelancer consultant as Laser Endodontist and Restorative Dentist at Mumbai and Chhattisgarh. To her credit, there are several original research papers, national and international publications all pertaining to Endodontics and Lasers in dentistry. Awarded as Emerging Dental Speaker 2018, Best Dental Organization 2018 (Divas in Laser), Excellence in Laser Dentistry 2018, Best Clinical Team of the year 2016, and Best PG Student in Conservative Dentistry and Endodontics in 2016. Serving honorarily at Aga Khan Health Services, India for 5 years, Angel Dentist Organization, and Being Social for two years.

Digital Workflow – An Anti-Cross-Infection Solution for Your Dental Clinic September 1, 2021 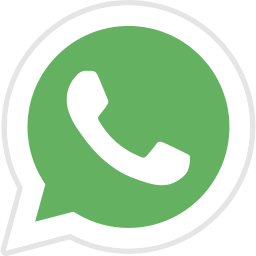